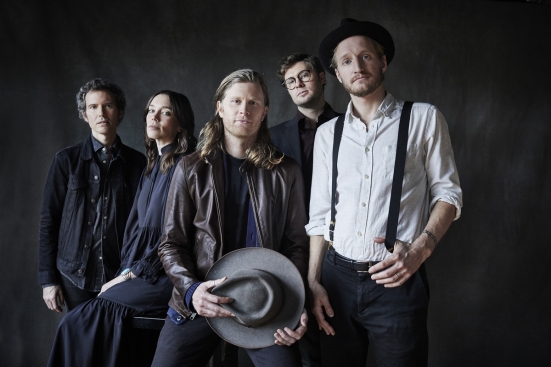 Toronto is in the grip of film festival fever, and while The Lumineers may be one of the most successful bands in the world – their 2012 breakthrough track “Ho Hey” has been streamed almost 500 million times on Spotify alone – that doesn’t make them immune to the excitement.

In the lobby of the Hotel InterContinental, frontman Wesley Schultz has spotted Wagner Moura on an escalator. “That’s the guy from Narcos, dude!” he nods to drummer Jeremiah Fraites. “We love your show!” shouts Fraites. Moura gives the pair a cautious thumbs-up.

The bandmates could almost pass for film stars themselves. The long-haired Schultz looks not unlike a young Kurt Russell, while Fraites, in his pork pie hat, is a dead ringer for Woody Harrelson.

In fact, they’re in town for the premiere of III – either a short film or a long music video, depending which way you look at it, which dramatises their third album, a concept record of the same name which is released today.

Continue reading at The i.