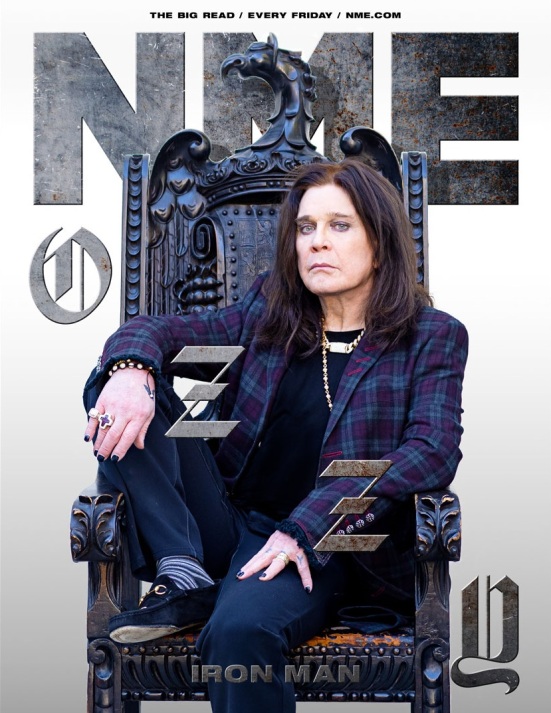 “I’m sitting in the fucking house and I’ve got a big fucking bowl of cocaine on the fucking table,” says the figure in black who sits before me. “It was when Black Sabbath were doing ‘Vol. 4’ and we’d rented a house in Bel Air. I was sitting there thinking: ‘It’s fucking boiling in here.’ So I press a button on the wall, thinking it’s the air conditioning. 10 minutes later six cop cars come screaming down the driveway. It’s the Bel Air patrol. I’d pressed the alarm button. So I shout: ‘IT’S A RAID!’, grab the fucking dope and me and this roadie run into a back room. I’ve got the bowl of cocaine and I’m going…” The figure in black mimes furiously shovelling mounds of the stuff into his nostrils. 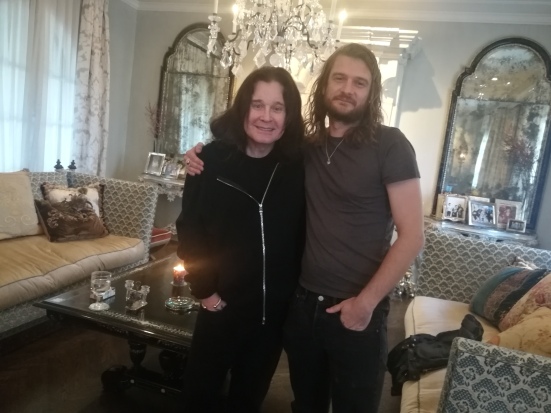 “I can’t fucking feel anything,” he continues. “My nose was caked in it. I was like this when I came out…” He makes his eyes huge, like a cartoon deer about to be hit by a 50 tonne truck. “They said: ‘It’s alright, it was a false alarm.’ I was fucking gakked to the gills. I had to have a fucking valium after to mellow me out.”

Ozzy Osbourne finishes his story and rocks back in his big brown leather armchair, grinning like a pirate on shore leave. “So that,” he says finally, “is where the song ‘It’s A Raid’ came from.”