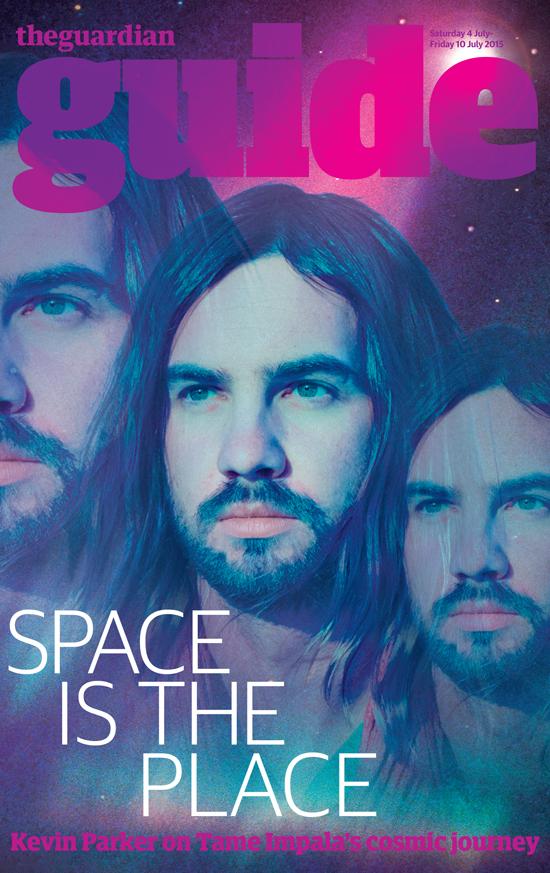 It’s a few days before Glastonbury, and Kevin Parker – the 29-year-old Australian musical polymath behind Tame Impala – is in west London rehearsing for his appearance at the festival with Mark Ronson. Somewhat extravagantly, Ronson has hired out the entirety of the Hammersmith Apollo for the week as a practice room. Presumably he can afford it, though. “Have you ever heard of a little song called Uptown Funk?” jokes Parker.

While there have been odder musical pairings, at first glance it seems incongruous that Parker, a long-haired rocker who has the permanent air of a man wearing sandals, is working with a superproducer more associated with the clean-cut likes of Bruno Mars. It’s just one illustration of how far Parker’s home-produced records have taken him. “The scale that things happen on with Mark is about five levels above how we do it with Tame Impala,” says Parker.

For much of the last five years, Parker has been acclimatising to the shifts in scale that success brings. His acclaimed 2010 debut, Innerspeaker, ushered in a new wave of young psych rock bands such as Pond, Toy and Hookworms, and turned a whole new generation of fans on to the transcendental power of scuzzy, droning guitars. The follow-up, 2012’s Lonerism, gave Parker platinum album sales, award wins and a Grammy nomination. Psych obsessives the world over suddenly had a new anthem in Elephant, three-and-a-half minutes of throbbing riffs that brought joy to the hearts of Floyd and Zeppelin fans alike. Before long, Kendrick Lamar was rapping over a remix of his single Feels Like We Only Go Backwards and Parker was collaborating with his heroes the Flaming Lips.

When we sit down for a drink at a hotel near the Apollo, Parker is so laidback he’s in danger of falling off his chair. This might seem appropriate for a practitioner of woozy music, but less so for a guy noted for his obsessive perfectionism. Maybe it’s the calm before the storm. Lonerism earned Parker legions of new fans, from Ronson to the army of beards who’ll be wigging out when Tame Impala headline End Of The Road festival in September, but he’s about to ask them to follow him in an entirely new direction. His latest album, Currents, ditches the heavy wall of psych and Tomorrow Never Knows-style loops, and instead we get a collection of Michael Jackson-influenced disco. Parker denies his decision had anything to do with the genre’s Get Lucky-fuelled resurgence, or even his collaboration with Ronson. In his unflappably mellow manner, he puts it down to a more personal Damascene moment.

Lend me your ears and I'll sing you a song, and I'll try not to sing out of key... 📸 @deanchalkley_
Highlight of a very fun #NMEAwards2020 was drunkenly telling @robynkonichiwa about getting lost at Burning Man and eventually finding my way back to @queendickhumans and seeing @joshmheller dancing to 'Dancing On My Own' and it being the happiest moment of my life.
Mia Goth laughed politely when I said her fluorescent Valentino gown would be great for cycling at night, and for that I thank her. Here it is in all its glory for this week's @eveningstandardmagazine cover story. 📸 @amanda_charchian
Went to Oakland. It rained. Welcome to paradise.