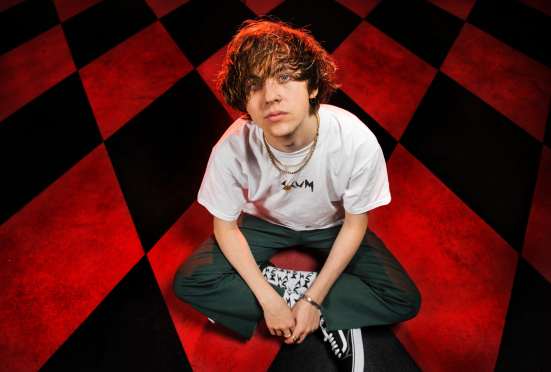 Jordan Cardy, a 21-year-old who goes by the name of Rat Boy, inspires the sort of fevered devotion that often seems to follow those with his initials. His fans start arriving six hours early for the launch of his debut album, Scum, gathering in the cold and damp, graffiti-covered tunnel beneath London’s Waterloo station. One of the first to arrive is 16-year-old Saskia, who deftly explains Rat Boy’s appeal. “He sings about being poor quite a lot, and I find that really relatable,” she says. “He’s singing about things everyone our age is feeling.”

The list of topics covered on Scum includes: signing on, fake IDs, worrying about a third world war, getting sacked from Wetherspoons and “living off mum”, Critics often compare Rat Boy to oik-rock precursors such as Jamie T, the Beastie Boys and early Blur – both Damon Albarn and Graham Coxon appear on the record – but his fans also see more highbrow influences. “He reminds me of Salvador Dalí,” says 16-year-old Luke. “His style is always a bit weird and abstract.”

Rat Boy is not merely reflecting millennial fears back to his fans; he is refracting their world through a surrealist prism. Through his hand-drawn artwork, the videos he storyboards himself and the fake radio station that plays between songs on his album, he has built a Technicolor universe, populated with garish characters and brands, that is inspired as much by Grand Theft Auto, Tarantino movies and Spike Jonze skateboard videos as it is by indie bands.