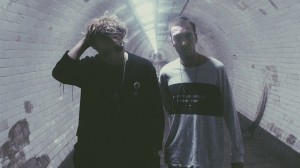 It was while trawling round Paris in search of the ghosts of Oscar Wilde and Ernest Hemingway that Andy Stone and his younger brother James were inspired to start a band. “We met some cool people and ended up going to loads of parties,” says Andy. “We realised it’s not just about visiting these old haunts, it’s about finding the equivalent scene now.”

They did seek inspiration from decadent French poet Rimbaud though, even if they couldn’t actually understand him. “James bought me Rimbaud’s Illuminations for my birthday, but he bought the French edition by mistake,” explains Andy. “We wrote a song based on what we envisioned the book might be about. One of the good things about being brothers is that it doesn’t matter so much when one of us does something fucking weird, it can still spark something off.”