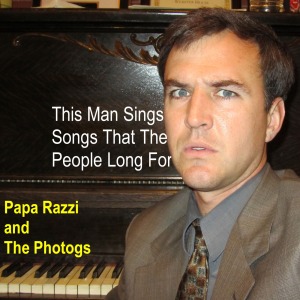 Say you’re searching Spotify for Lauryn Hill so that you can jam out to The Miseducation of… in the privacy of your own bedroom when you stumble across a song called “Lauryn Hill Is Like Awesome And Great”. You’re curious, so you stick it on. Matt Farley just earned $0.005.

Or maybe you’re bored and decide to stick in “Kurt Vonnegut” to see what comes up. Or “David Beckham” or “Ryan Gosling”. Or you’re really in need of a very specific apology song like “I’m Sorry I Forgot Our Anniversary”. Every time your curiosity gets the better of you, Matt Farley gets $0.005. More if you download it off iTunes.

Sure, the margins are so low that it would take an insane number of plays to add up to a substantial amount of money. It would take millions of plays and downloads, and that would require thousands of songs, on a ludicrous breadth of topics. It would take a superhuman amount of effort to make that numbers game work in your favour.

But last year, Matt Farley earned $23,500 (about £14k) from his music. He managed that because in the last six years Farley has written, recorded and released over 14,000 songs. He puts them out under a variety of assumed band names, so it’s not immediately apparent quite how prolific he is. He sells them and streams them on every available site, and all those $0.005s add up. Not to a fortune, admittedly, but enough that he can justify spending half his working week knocking out songs from his home in Danvers, just outside Boston in Massachusetts. I wanted to talk to Matt because although he might dream of being recognised as part of the “best pop/rock duo since Hall & Oates”, his absolute dedication to DIY music is probably the best thing since Lil B created 150 MySpace pages.