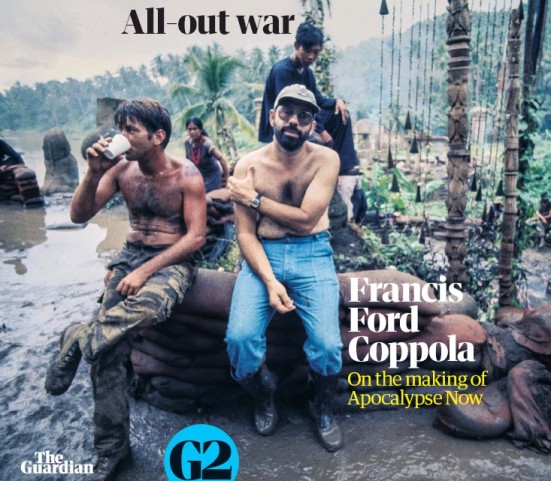 Founded in 1887 by a Finnish sea captain named Gustave Niebaum, Inglenook is a sprawling 1,680-acre winery known as “the Queen of the Napa Valley”. The estate contains 280 acres of vineyards, a Queen Anne-style Victorian mansion and a magnificent stone-and-iron chateau, all of which combine to create a refined northern Californian ambience that is about as far away as it’s possible to imagine from being in the shit in Vietnam.

Yet arguably the greatest war film of them all owes much to Inglenook. Bought in 1975 by Francis Ford Coppola, using his spoils from The Godfather, he promptly risked the property, staking it to raise money for what would become one of the most arduous and challenging productions in the history of film. It is also here, in the estate’s old carriage house, that Coppola has spent the past two years restoring and refining a new – and he says definitive – version of that film: Apocalypse Now: Final Cut.