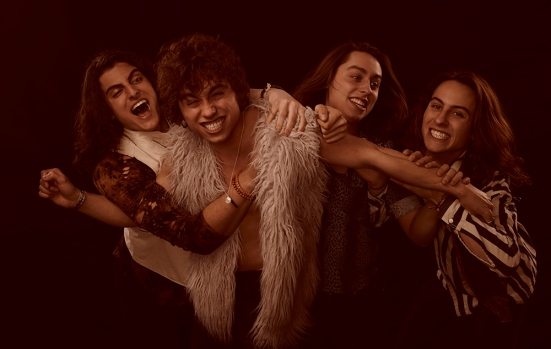 There’s this moment three minutes and twenty-five seconds into ‘Black Smoke Rising’, the last song on Greta Van Fleet’s double EP ‘From The Fires’, where the music has built with such unstoppable momentum that when singer Josh Kiszka roars: “YEEEAAAHHHHH” it feels as inevitable and powerful as an avalanche, or a tornado. It is rock’n’roll as elemental force. It is the sort of sound which makes this writer leap into the air to attempt an ill-advised scissor kick while his cat eyes him warily. It is very good.

I tell this to Greta Van Fleet when I meet them backstage at Marathon Music Works in Nashville and Josh, a curly-haired, handsome cherub of a man, reassures me by saying he was feeling pretty much the same way when he first let out the aforementioned “YEEEAAAHHHHH”. He was responding instinctively to the music. “The song will, in a fashion, speak to you,” he says. “And you kind of just go with it.”