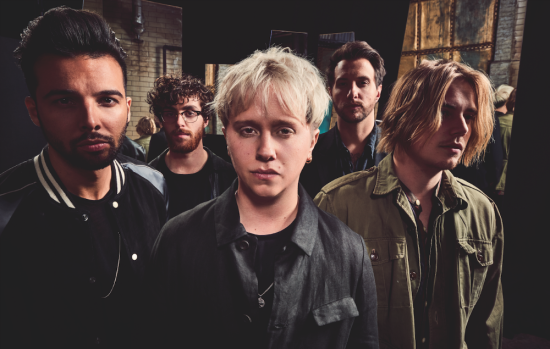 Nothing But Thieves announced themselves to the world in emphatic style when their 2015 self-titled debut sold over 250k copies, racking up over 174 million track streams along the way. This September 8 they return with their second album, Broken Machine, of which new single ‘Amsterdam’ is the first taste. When we gave frontman Conor Mason a ring  to ask him what we should expect, we found him in Ukraine where the band are currently filming the  ‘Amsterdam’ video: