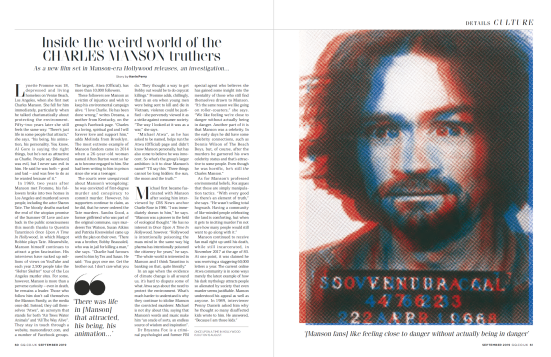 Lynette Fromme was 18, depressed and living homeless on Venice Beach, Los Angeles, when she first met Charles Manson. She fell for him immediately, particularly when he talked charismatically about protecting the environment. Fifty-two years later she still feels the same way. “There’s just life in some people that attracts,” she says, “his being, his animation, his personality. You know, Al Gore is saying the right things, but he’s not as attractive as Charlie. People say [Manson] was evil, but I never saw evil in him. He said he was both – good and bad – and was free to do as he wanted because of it.”