Lucky Pathiniya Durage remembers the exact moment he first saw someone surfing. He was nine years old, and he was with his aunty going to the vegetable market in the tiny fishing village of Midigama, on the south-west curve of the teardrop-shaped island nation of Sri Lanka. The market looked out to sea at a spot where a mellow left hand wave breaks over a deep reef. As Lucky watched, he saw a man on a board riding the wave towards the shore. At that moment, something inside him changed forever. Thirty-three years later, sat in the warm sun outside the Lion’s Rest Hotel, his eyes light up at the memory. “I just had this feeling inside me,” he says. “I knew I wanted to do this.” 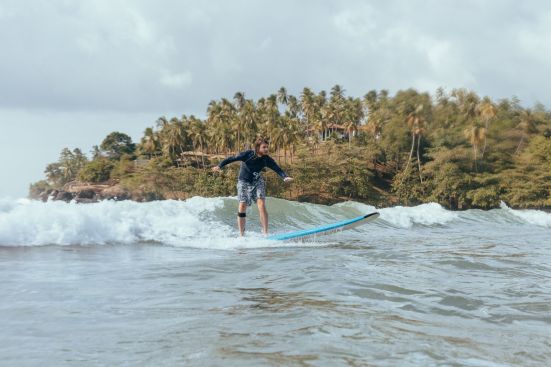 Of course, in those days there was no surfing scene in Sri Lanka. This was long before surf schools, yoga retreats or the Lion’s Rest Hotel started appearing along this palm-fringed paradise coast. Lucky would learn later that the man he’d seen surfing – who turned out, predictably, to be an Australian – had been staying at a local home, sleeping on the floor. 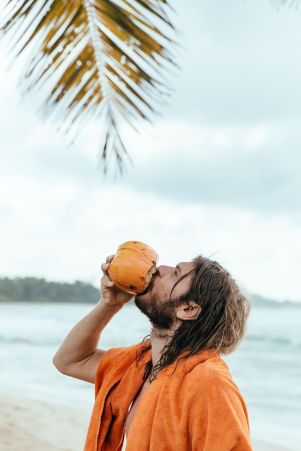 That simplicity didn’t deter Sri Lanka’s early surf pioneers. By the following year, Europeans, Australians and Japanese visitors were all coming to surf Coconut Point, near Lucky’s village. He would watch them intently, still determined to surf himself. Soon he resolved that there was nothing else for it. He would take matters into his own hands. “My friend and I decided we should try to make our own surfboard,” he remembers. “We decided to cut it out of a big tree. It took nearly two months to get it right. When we first went in with it, the foreigners were looking at us like, ‘What are they doing? Crazy boys!’”

Continue reading at Atlas by Etihad.