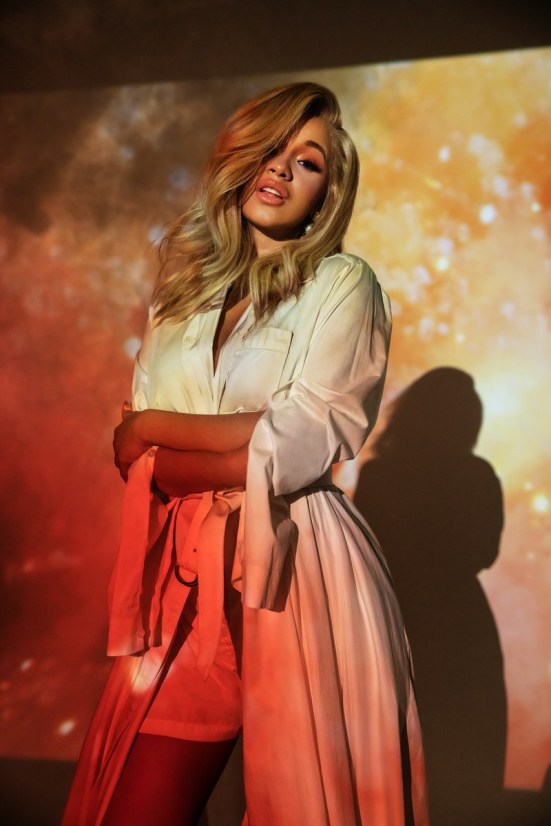 In 2011, when Cardi B lost her job at Manhattan’s Amish Market it was her former boss who suggested her new career path. “You have such a nice body,” he told her. “Why don’t you go across the street and work at Private Eyes?” She took his advice, but stripping couldn’t contain her outsized personality for long. Videos of her sharing her South Bronx street wisdom went viral, landing her on reality show ‘Love & Hip Hop: New York’ in 2015. It was only then that Cardi – born Belcalis Almanzar – began taking music seriously, leading some to assume that her rapping was merely a gimmick to bolster her celebrity. They were wrong. Her hit ‘Bodak Yellow’ was the biggest song of last summer, while this April the 25 year-old broke a record previously held by Beyoncé to become the woman with the most songs in the US charts simultaneously. Debut album ‘Invasion of Privacy’ proved that inside that ‘nice body’ was a sharp and savagely funny lyricist. In a culture dominated by the famous-for-being-famous, Cardi B is that rare thing: the reality star who turned out to be more talented than the competition. The Amish Market’s loss is everyone else’s gain.

Had a chat with the big man @jamesblake about losing friends and making tunes.
In 1969, hours after coming offstage at Woodstock, @thedavidcrosby went on national television and said the only way to clean up the environment would be to convince all the big oil & motor companies to go out of business. I talked to him about that, his gorgeous new album and not cutting your hair for today's @the.independent
Those of you who’ve heard me sing “Margaritaville” with a margarita in hand will know exactly how much I love @JimmyBuffett. This week I talked to him about recording his great album 'Volcano' on Montserrat for @the.independent. Of course I couldn’t resist getting him to tell me his favourite Hunter Thompson story. Here it is in full: “Hunter always told me he had a great friendship with Muhammad Ali, because they were both from Kentucky. We went down to New Orleans to the see the fight where he fought Leon Spinks, and of course, Ali won and won his title back. That night, I mean, we all went out on the town in New Orleans and had a big time, but Hunter just went completely wild. Unfortunately I’d gotten him a room in my hotel and he was raising hell. Eventually I went to bed and said: ‘I'm done with this stuff’. Then at 6:30 in the morning the phone rings and it's Hunter: 'Get up, we've got to go.' I said: 'No, I'm not going anywhere with you!' He said: 'Yes you are, because we're going over to watch the fight with Ali.’ So I got out of bed and we went over to their hotel, and we went up to the suite, and there was Ali surrounded by all these Muslim bodyguards. Then Ali, Hunter and I sat down and watched the fight together. Ali was doing play-by-play commentary of himself: ‘You got him there, champ!’ So Hunter made good on his promise! Not only did we go to the fight, we watched it with Muhammad Ali. It doesn’t get much better than that!”
Getting my caffeine fix with the great @michael.pollan. Ever since I read his new book This Is Your Mind On Plants I haven't been able to stop thinking about the fascinating history of the world's most popular psychoactive drug (which was basically responsible for the Enlightenment). We talked about the power of coffee, growing opium in his back garden and - my favourite topic - taking so much acid you experience ego death for today's @the.independent.