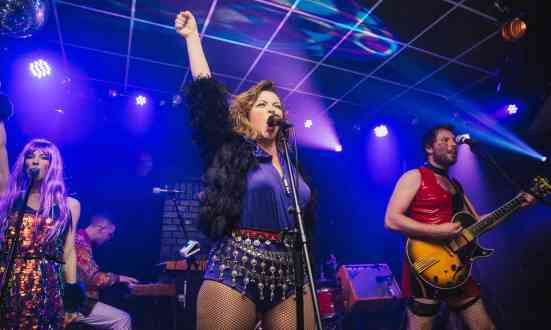 It was past one o’clock on the Monday morning of last year’s Glastonbury, around the time thoughts usually turn to proper beds, showers, and drinking anything other than warm cider. But the sweat-slicked crowd squeezed into the Rabbit Hole didn’t want any of that. They wanted to hear En Vogue’s Don’t Let Go collide with King Crimson’s 21st Century Schizoid Man. They wanted Destiny’s Child’s Bootylicious segueing into Rage Against the Machine’s Killing in the Name. They wanted, as their full-throated chant put it: “Charlotte! Charlotte! Charlotte fucking Church!” The former child soprano’s Late Night Pop Dungeon is a riotous set that sees her cover an eclectic mix of disco hits, rock anthems and cult pop curios and is responsible for the most Church-based excitement since Martin Luther nailed the ninety-five theses to a door in 1517.