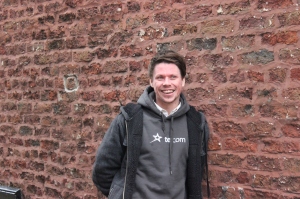 Early in the evening of 25 October 2013, a man dressed as a UPS delivery guy arrived at Lauri Love’s family home in Suffolk holding a box. When Love’s mum answered the door, she was told that only her son could sign for the delivery. She called him downstairs, and when he emerged wearing his dressing gown, he was told that the man was in fact an officer of the National Crime Agency, and that he was being arrested on suspicion of hacking into a long list of systems, including those controlled by the US Federal Reserve, NASA, and the FBI. Love asked if he still got to keep the box.

Almost three years later, on 25 July 2016, 31-year-old Love and his parents were at Westminster Magistrates’ Court in London for the final arguments in his extradition hearing. Judge Nina Tempia is hearing the case, and will rule on 16 September as to whether the UK will allow Love to be extradited to the US where he would face three separate trials in New York, New Jersey, and Virginia.

“It’s been harrowing, this whole process,” said Love, speaking to me a couple of days later. “The US didn’t even really make any arguments, they were just casting doubt on the evidence from us.”