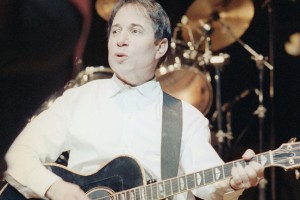 This Sunday Paul Simon will bring ‘Graceland’ back to London, 25 years after the original tour was picketed by protestors including Paul Weller, Jerry Dammers and Billy Bragg who argued that Simon was wrong to break the cultural boycott of apartheid-era South Africa.

The BBC marked the occasion this week by broadcasting ‘Under African Skies’, a documentary about the album’s controversial recording process and tour. It’s a fascinating film, including an emotionally tense meeting between Paul Simon and Dali Tambo, who founded Artists Against Apartheid and led the protests.

What’s really interesting is hearing from the South African musicians who made the decision to play with Simon, and how they justified it to themselves, the protestors and their countrymen. Koloi Lebona, a producer who helped to assemble some of the musicians involved, summed it up when he said: “When I brought musicians to the ‘Graceland’ sessions I was patently aware that there was a cultural boycott. It was risky, but our music was always regarded as ‘third world music’. I thought, if our music gets the chance to be part of mainstream music, surely that can’t do any harm?”